I’ll start with a quick day one recap. I was hungry, real damn hungry. I puttered around the house between intervals of writing and contemplated the nature of my situation. I’m big 302 pounds. That forty pounds less than I weight two years ago. So I’ve been moving slowly but surely in the right direction. For me the biggest struggle in losing has been pain management. I’m not talking about that good pain you feel when you go to the gym and push it to a new level. The pain that I’m talking about is lower back pain so vicious it spreads to your hips, knees that ache, and a right ankle and foot that make me go down the stairs sideways. I’ve found ways to deal with the pain but pain management doesn’t make working out any easier.

that’s why I picked Nutrisystem. When I hit two hundred and seventy-five pounds a lot of that stress on my body will start to dissipate. When I hit 250 I’m going to feel like a new man. I’m not planning on doing it all on Nutrisystem. Frankly, I just don’t have the money or the willpower to eat prepackaged meals for the next six months. What I’m trying to get out of this is a jump start and an adjustment to how I see portion sizes. I love to cook, and most of the time I cook healthy meals and sabotage myself with bad portions. The other half of that equation is when we eat out more than once a week. That’s a killer. Big portions and bad self-control. So the goal is to get my brain wrapped around these itty bitty portion sizes, so I can create a healthy and sustainable environment for weight loss.

Turbo takeoff Week Day One. What did I have to eat?
Breakfast was an apple strudel bar. It was awesome and something I’d buy at the grocery store if the sold them there.

This is everything I ate day one minus the veggies. 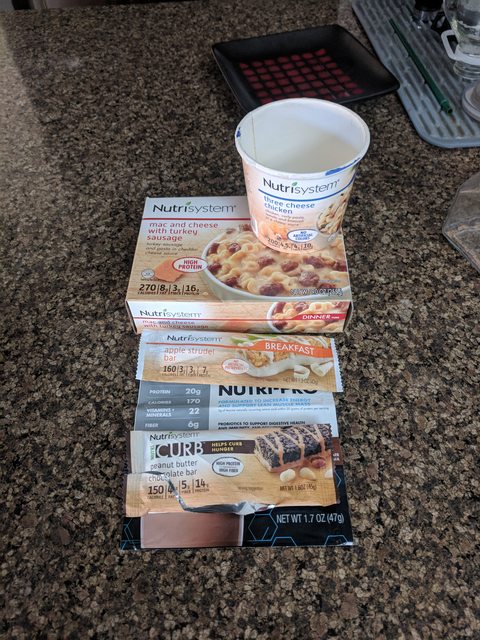 One Men’s Nutrishake. The only problem I have with this item is it has caffeine in it. I didn’t see this listed anywhere, and I haven’t had caffeine for over two years because of my blood pressure. They should probably add a caffeine-free option, but they use the caffeine to curb your hunger.

Lunch was a little pasta bowl of three cheese chicken. When I say little, I mean taking the smallest coffee cup from Starbucks and filling it a quarter of the way. I was hungry and it tasted damn good. This is where I added my first veggies of the day, one cup of baby carrots.

Afternoon snack is a Curb Bar. I’m not sure exactly what it is but it tastes like peanut butter and chocolate so that’s a win. I added a half a cup of cooked zucchini on the side.

Normally I would have had dinner next but my wife had a work thing and wasn’t home yet. We’re doing this together so I snuck in another cup of carrots and half of cup of zucchini here.

Dinner was Mac and cheese with turkey sausage. Besides the shake, it was easily the worst item I had that day. A little tabasco went a long way though. I also added half a tomato to the mix here.

Little Lucy took dinner into her own hands. 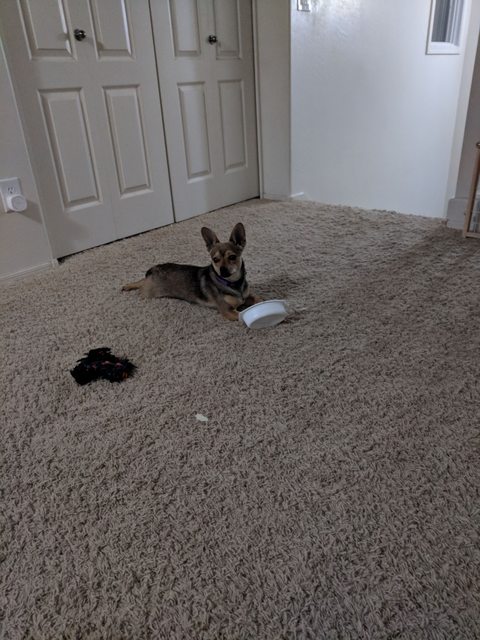 So that was day one. How did it go? Besides being hungry most of the day and way over-buzzed from the caffeine it was ok. Granted any new diet is a shock to the system and this didn’t hit me nearly as hard as when I tried Atkins like five years ago. Sure Atkins works but it’s a deep commitment to a lifestyle of eating that I’m not comfortable with. This has been much easier. Eat whats in the box supplement with veggies. It’s pretty good plan for success if you have the willpower. Don’t make bargains with yourself and don’t dip into your stash of food. The next thing people might be asking is how much did you lose day one, well just by simple calories it had to be close to a pound but I’m not going to weigh in until my Turbo Takeoff week is done.

Hows day two starting? I’m hungry. I think this going to be an underlying theme for the first week. Lot’s of hunger to go with lots of weight loss. Is it worth it, only time will tell but right now it sure feels like it is. I’ve read some posts from a few guys that managed to lose close to thirty pounds their first month than the thirteen the Nutrisystem plan lists. I’d love for that to happen to me, but I’d take thirteen as a solid win. I’ll have another update for you tomorrow. Onwards to day two.

This is what the meals for day three Looks Like. 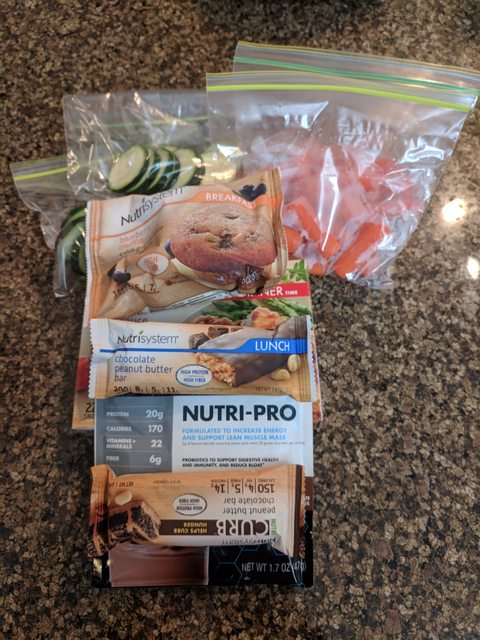